skip to main | skip to sidebar

Back Home from Houston Quilt Festival

I have finally returned home after 10 days in Houston for Quilt Market and Festival.  It was so good to see so many old friends and meeting new ones.  I always help my friend with her Scarlet Today Redwork booth and I learn so much from her.  She introduced her new Vintage Baskets Block of the Month at Sample Spree and Market.  It was picked up by several stores including one from New Zealand.  We had to overcome several obstacles this year (moving booths and hotel rooms), but we survived.  Now I am back in the real world.  I arrived home at 11:30 last night and it was back to work at 8:00 am this morning.  No rest for the weary as they say but I would not miss it.

Now on to the fun stuff.  I was fortunate to be able to see several demos this year.  I watched the demo from RaNae Merrill for her new book Magnificent Spiral Mandala Quilts and I just had to have one.  It comes with a cd, and the quilts in the book are just spectacular.  I also had to have the new Leaves Galore rulers.  These were introduced at Spring Market this year and were a big hit.  I also had to get the new Go Baby at Sample Spree.  They were offering a deal that I just couldn't pass up.  For the last several years I have looked at the Little-Windows booth.  They have jewelry and miscellaneous items made with resin.  It has improved each year and I finally decided that I could not live without it.  I have some really neat ideas that I want to try using their technique.  I also picked up the kit for Jodi Barrows newest Pony Express Block of the Month.  I hope to have it done before my next show in Corpus Christi in February.

I have a couple months at home with no shows going on so I plan on getting the BOM done, along with some of the newer X-Blocks patterns.  I am also trying to get an original design done up before February.  It seems that I will be very busy once again.  I will also be working on the Round Robin and Row Robin quilts that a couple of groups of Square In A Square teachers have going.  We will be unveiling them at the Teachers Reunion in January.  That is always so much fun.  It is amazing to see what everyone does with the quilts that are sent to them.

Well, that is all for now.
Posted by ZoRayCreations at 3:47 PM No comments: 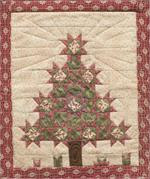 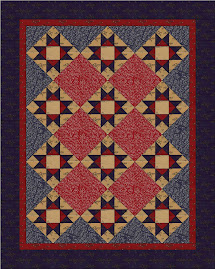 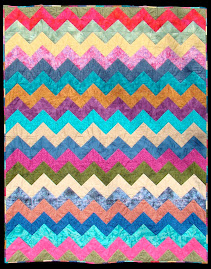 ZoRayCreations
Austin, Texas, United States
Janie and Helen are sisters who are Certified in Square in a Square and Diamonds using the Square in a Square technique. We have been quilting all of our lives but really got motivated about 15 years ago with a trip to the Houston Quilt Festival. Helen became certified in Square in a Square in 2002 and Janie followed in 2003. We are also carrying X-Blocks items now. Janie has completed her first pattern and it is now available on our website under the Alonzo Designs tab. Check it out. Currently, we teach classes in stores, vendor at quilt shows, do trunk shows with guilds.